He’s this generation’s Carl Sagan, trying to make the greater mysteries of the universe more accessible to those of us who don’t have a PhD, and he’s also known for ragging on SF movies that don’t stay true to science. Now Neil DeGrasse Tyson has taken his own special brand of laid back and eloquent science talk and applied it to a new book, aptly called Astrophysics for People in a Hurry.

I remember reading Stephen Hawking’s A Brief History of Time way back when I was living in Japan, and understanding… maybe half of it? Later, I read his more simplified A Briefer History of Time and prided myself on thinking I had a grip on maybe three-quarters of it this time around.

With Astrophysics for People in a Hurry, Neil probably hits that same three-quarter mark. Though it’s not because his analogies or descriptions are over my head (far from it, those are his greatest strengths), it’s simply that even with those analogies my tiny pea brain sometimes feels overwhelmed trying to process everything in so short a time.

For fans of astronomy, much of what is discussed you’re already going to know. I mean, how could you not? The universe hasn’t changed in your lifetime, or even humanity’s lifetime. So how stars work, the elements, gravity, and so on hasn’t changed either. We’ve only refined our understanding of it better.

The fun comes from seeing all of this from a new perspective, and Neil’s warm narrative style and easy sense of humor helps that along nicely. Even if you don’t listen to the audiobook, you’re going to read it in that smooth Jazz FM voice of his. It’s impossible not to. He will comfort you while he pushes at the bounds of what you already understand. Each time I read a book like this I feel I understand the concepts a little bit better, even when they’re way over my head.

This is a book I would recommend reading on multiple occasions, because the facts come fast and furious and you simply might not catch it all in one go (especially if you’re listening to the audiobook). It can be overwhelming at times, but if you’re reading it for enjoyment (rather than cramming for an exam) this shouldn’t be a problem.

The book does assume a certain amount of science literacy beforehand, but not a lot. Basically, if you ever watched a TV series about astronomy that starts with the Big Bang and takes you up to how the Earth was formed (or you remember learning all that in school), you’ll be in good shape.

Some people have criticized Neil DeGrasse Tyson for banking too much on his “rock star” persona and arguing that he’s dumbing down science too much, but in my opinion these people are bigger idiots than the audience they are imagining are being pandered to.

Books like this are important, because most of us will never be able to talk to an astrophysicist on their own terms. People like Neil are ambassadors, translators, and even storytellers that help bridge that gap to create understanding between two very different realms. Understanding the ideas, even if you don’t understand the math behind it, is important.

This isn’t a question of elitism or being talked down to, it’s just that the more specialized a field is, the more difficult it becomes for ordinary people outside that field to relate. The same is true for doctors and sanitation engineers alike. For an outsider to really understand what they do, you need a guide. And right now Neil is one of the best guides out there.

Towards the end, Neil has a bit of fun talking about the possibility of alien intelligence by flipping the script and examining what those aliens would have to be looking for in order to discover us. It’s a clever way to put much of what he’d laid out in earlier chapters into a new perspective.

And speaking of perspective, a change of perspective is how Neil choses to end this book, not only reminding us of the importance of understanding the universe, but reminding us that the ability to do so inherently comes from a place of privilege and advantage. One we should not take lightly. People who are just trying to make ends meet, or find a place to sleep for the night, don’t have the luxury to think about such things. It’s a sobering chapter, but not one that seeks to justify us turning away from the stars.

If you are in a hurry, or even if you’re not, this is a science book you should make time for. 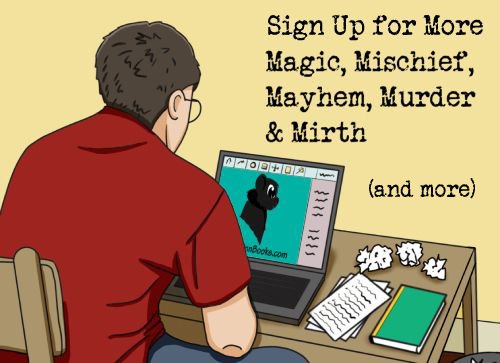