Neil Gaiman’s nerd cred is well established, having created the seminal Sandman series of comics for DC and working on many other comic book projects besides (Violent Cases being a particularly interesting endeavor). But perhaps what’s more impressive is the wide range within his work. From adult stories like American Gods, to fairy tales like Stardust, and even re-imagining ancient myths like Beowulf (he wrote the screenplay for the recent CGI adaptation), there is something unmistakably “Gaiman” about it all.

If you had to sum him up in a single word, it would be “dark”, but if you had to use two, it might be “whimsically dark”, which completely changes your understanding of him. Gaiman’s stories tend to travel to dark places, yet at the same time are never afraid to find humor or wonder within those places.

The Ocean at the End of the Lane is one such story. On the surface it would seem like a simple children’s story about a lonely bookish seven year old boy who befriends a quirky girl from down the road, whose family are not at all what they seem to be.

The story begins with the narrator returning from a funeral as a middle aged man, passing by the house where he grew up (now long since demolished and replaced) and soon finding his way back to the farmhouse where he’d befriended that unusual girl, someone who believed the pond at the end of the lane was an ocean. He remembers their time together, up until she had to move to Australia.

Only now he remembers that it didn’t happen that way at all. Something far stranger happened on this farm and in his home forty years ago. And at this point we go back to when he was seven, back when an opal miner came to lodge at his parent’s house, and accidentally ran over his cat.

This is not the first time Gaiman has used child protagonists in spooky stories. His earlier works Coraline and The Graveyard Book are excellent examples of his ability to write stories in a way that are just as entertaining for adults as children.

This, however, is not a children’s story. It doesn’t attempt to carry quite the same tone as those I just mentioned. Though it is seen from the perspective of a child, ultimately it is about a man remembering his childhood, and that comes through in the prose. It touches on some very adult themes that most parents would never want to subject a child to. These are story elements that we can read and accept easily enough as adults, but for a child reflect a horrifying betrayal of fundamental trusts.

It is also an adult story in terms of how much it relies on an adult mind to see past a child’s interpretation of events. Gaiman is frank and honest about the limited comprehension a child would have in certain situations, but that doesn’t stop us from being able to read between the lines. And at times when we see a far grander universe revealed before us, it takes that understanding we have as adults to make sense of the imagery presented. The Ocean at the End of the Lane reminds me a bit of Clive Barker’s Weaveworld, a story which goes out of its way to point out that it’s only a fragment of a larger story that has no beginning or end, but is in its own way complete and satisfactory.

The fate of the characters in Gaiman’s story, and even the ultimate message of the story is left open to interpretation, at least to a degree. There are logical assumptions that can be made, but no certainties are ever given. Even the mythic world that occasionally crosses over into ours is never fully explained, but Gaiman has a gift in revealing just enough to give you the honest impression that it is not only real, but that it works on understandable rules (unlike, say, Alice in Wonderland)

And now that you’re at the end, I draw your attention back to the beginning. That opening quote, in its own way, tells you everything you need to know about this story. But there is also an epigraph from Maurice Sendak that does an equal job of it:

“I remember my own childhood vividly… I knew terrible things. But I knew I mustn’t let adults know I knew. It would scare them.” 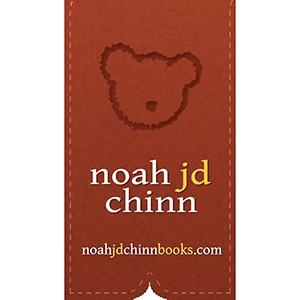